When he isn’t working hard every day to keep the Metro Underground Rail Loop (MURL) lit, George loves to get his runners on and pound the pavement. This year, George is committing to running the entire Metro network – 467km – to raise important funds for the National Breast Cancer Foundation, a cause close to his family’s heart.

For more than 10 years, George has been part of a small team of electricians who maintain lights and electrical infrastructure in the MURL including tunnel pumps and exhaust fans. Outside of work, George is an avid runner who enjoys going long distances and continuing to challenge himself, often in the name of charity.

Starting Wednesday 10 June, George will endeavor to run 467 kilometres over ten days (that’s more than a marathon each day!), to raise money in support of the NBCF’s important work in breast cancer research. George explained that he had the idea to run the entire MTM network while on a training run between Ferntree Gully and Belgrave: “Sounded easy until I put in some homework and discovered I had 467kms to run!”

Infrastructure Facilities Manager Scott Hollingsworth said “George brings the same commitment to both his fundraising and his work. We will be cheering him on while he takes on this huge challenge.”

If you’d like to support George, check out his family’s fundraising page.

Liftronic Congratulate George on his commitment and dedication to this cause and look forward to seeing him back at MURL where we work closely with him on a day to day basis. 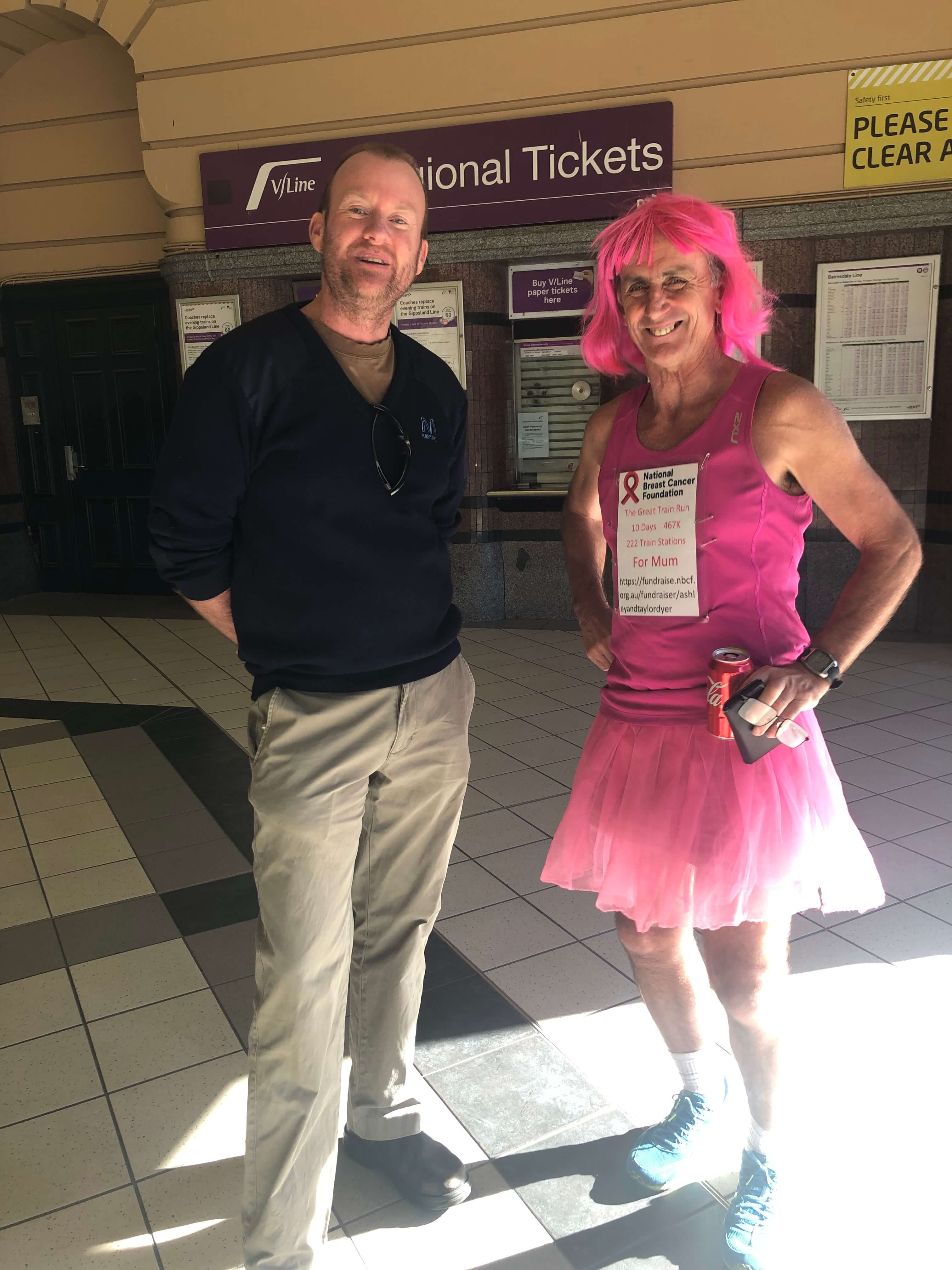 Liftronic Pty Limited is Australia's most reliable elevation supplier. With more than 30 years in the industry, our team shares the latest insights on the world of elevators, escalators and everything else that takes us to new heights.

Enhance your building with a creative and flexible, state of the art lift and engineering solution

Get an obligation free quote

Speak with us today

Get an obligation Free Quote